From multiple stops to a systematic improvement of OEE

Low availability of the production lines, many stops and high maintenance costs. Overall Equipment Effectiveness (OEE) was low, as was morale. This was the status quo at DYMO, part of Newell Brands, three years ago. Plant Manager Jürgen Van Loo decided to call in consultancy firm Mainnovation. “One of the best decisions of my career.”

Jürgen Van Loo started twenty years ago at the DYMO Consumables production site in Sint-Niklaas (Belgium) as an Industrial Engineer. In five years he worked his way up to Production Manager and in 2010 he became Plant Manager. “The technical performance and maintenance of the machines have long been a concern. We were unable to implement the necessary change to a stable situation ourselves. Could we achieve results with the support of an external party? ” 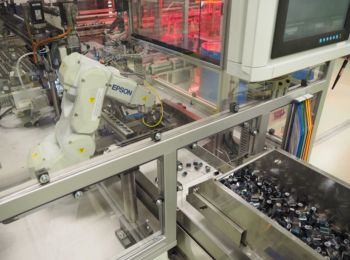 produces label makers, printers and an extensive range of labels and tapes. In the production facility in Sint-Niklaas, mainly cassettes and labels are produced and distributed worldwide.
In the past years, DYMO focussed on automating the production process. Much was invested in new machines and production lines. However, this happened at such a pace that it was difficult to keep up with manpower and resources to introduce these machines properly. Van Loo: “The machines did not achieve the promised return. But there was no time to improve this, because the next machine already arrived.” At one point the factory had several new production lines, but availability was low. “There were many stops and the failure rate was also high,” said Van Loo. “I decided to engage an external party to investigate how this could be improved and also supervise the implementation. Mainnovation came up with a solid plan of action. ”

In order to investigate what the pain points were and what the dominant value driver was for DYMO – what should be the point of focus to get added value from existing installations – Mainnovation started with a VDMXL Audit. VDMXL stands for Value Driven Maintenance and Asset Management. XL refers to adding maximum economic value through smart maintenance, life extension and modernization. The audit clearly revealed that increasing the technical availability of the machines was the dominant value driver. In addition, it became clear that the team could be better deployed by applying a different work structure and tasks. The pressure on the maintenance organization was too high due to the increasing number of machine failures. Maintenance was organized reactively in particular, but already had the capacity to be able to work proactively.
Wienik Mulder from Mainnovation was appointed interim manager of the maintenance department. Mulder: “In the first months, the team worked on a long-term vision for the development of the maintenance department. Subsequently, I supervised the improvement process. The improvement strategy was mainly aiming for a transformation from a reactive to a proactive maintenance organization within two years.”

To initiate this transition, first a number of organizational changes were made. Mulder: “Previously the same employees were 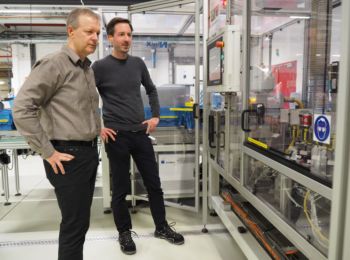 responsible for both implementing structural improvements and solving day-to-day problems. We separated the positions based on long and short term focus. We also introduced the position of Reliability Engineer.” To get off to a flying start with this new position, an interim Reliability Engineer from Mainnovation was deployed. Improvement projects were then carried out for two critical production lines in good mutual consultation. One project aimed at stabilizing an existing line and one project aimed at properly introducing new production machines. Maintenance plans have been drawn up, critical spare parts determined and structural problems solved. These activities have contributed greatly to an OEE improvement of these lines.
To train the team of relatively young and new technicians, Mainnovation helped draw up knowledge and skills profiles that provide insight into the desired development of all employees. Subsequently, the necessary training, guidance and coaching was provided. Mulder: “This training and guidance was on the one hand aimed at increasing technical and machine-specific knowledge. On the other hand, specific attention has been paid to performing machine inspections and reporting the results. The Reliablity Engineer was then able to work with this input to improve the maintenance plans.”

“Before Mainnovation started working here, the maintenance team was not doing well,” says Plant Manager Jürgen Van Loo. “Restoring peace and ensuring that everyone was seated in the right place was a challenge for Mainnovation. Previously, the focus was on the short term. The team was pleased to see they “got through another day”. This has been completely transformed thanks to Mainnovation’s improvement plan.” Nowadays, almost all preventive maintenance is carried out on time and 90 percent of the predetermined weekly schedules are adhered to.
Van Loo also respects the way in which the PEAK corporate operational excellence program, the improvement methodology introduced as standard by Newell Brands, was integrated into the VDMXL method. “The flexibility is there. We see the OEE figures systematically increasing every month and we see the maintenance costs decrease. In addition, the team is motivated. They are in control, everyone feels involved and there is clear communication. Really, engaging Mainnovation was the best decision of my career.” 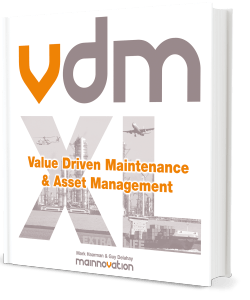